Hong Kong / Colour / 3’ / In Cantonese with Chinese and English subtitles

“We all have gone through ups and downs.”

You’re about to hear four real stories.The four protagonists underwent different adversities, yet made the same decision. They took ERB training courses and strived to make dreams come true, leading meaningful lives. Regardless of good or bad times, always think optimistically. You can turn “ups and downs” into “joy” and turn over a new leaf to live more fruitfully. 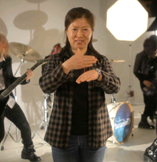 I hope the audience would slowly enter the world of the deaf people through the alternation of sound and silence. However, I found it quite hard to achieve during the creative process. It’s just like Chen Jun said in the film that she couldn’t understand what is silence. She is really focus while she is doing her job. She is also well in expressing herself. I hope the short film will arouse the interest of the audience to know about her.

Graduated from Communications Arts Department of Loyola Marymount University, Los Angeles. Started his career in Hong Kong Broadcast Television Company. He’s been working in the independent field since 1993. Founded Ying e Chi, a Hong Kong Independent film Collective, with the fellow independent filmmakers to promote and distribute their films in the 1997. Made his first feature Leaving in Sorrow in 2001.  The second feature Fear of Intimacy was selected in competition category in Moscow International Film Festival. The most recent film is Three Narrow Gates. Now is working on his new feature A Fig, being the artistic director of Ying e Chi and the curator of Hong Kong Independent Film Festival. 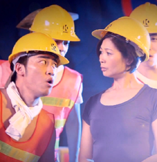 “Tomorrow is Another Day” by Kit HUNG

New immigrant Nguyen Thi Thom didn’t speak a word of Cantonese when she came to Hong Kong, but there’s nothing she can’t handle in her life. With positivity, optimism and perseverance, she grits her teeth and changes her life for the better. She is fully integrated into Hong Kong society finally. Tomorrow is Another Day, directed by Kit HUNG, music and lyrics by Eman LAM, is the Utopian vision of a Vietnamese woman in Hong Kong.

Graduated from the MFA programme in the Department of Film, Video and New Media in School of the Art Institute of Chicago. Kit is an ifva alumnus and the award winner of the Distinguished Award in 2000. His films have won numerous awards and played at over 100 international film festivals. He has also won Best Director at the 13th LesGaiCineMad, Spain and Best New Director at the Turin LGBT International Film Festival, Italy. His first feature film, Soundless Wind Chime (2009), was nominated for the Teddy Award at the Berlin International Film Festival 2009 and will be released in 13 countries worldwide. 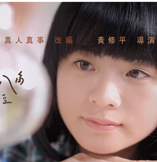 “the secret taste” by Adam WONG

In May 2011, Ming CHOW, at her 27 years old, having studied the barista certificate course for only two months, defeated many experienced baristas from the locals and the overseas at the Grand Barista Championship, Hong Kong region. What made Ming CHOW’s coffee hit the cord of the jury who were international coffee experts?

The story dated back form 10 years ago. When Ming CHOW was still a school girl, she was helping her father to run the family’s grocery store in the market. While the father was hoping her to inherit the business, Ming was all day long figuring out how to get her future away from the fishy smell of the market…

Graduated from the Fine Arts Department of the Chinese University of Hong Kong. He started making shorts when he was an exchange student at the University of Iowa, USA. His shorts Fish (1997), Ah Wai & Murphy (1999) and Glowing (2000) were awarded at ifva. His features include When Beckham Met Owen (2004, the Opening Film of the 1st Hong Kong Asian Film Festival and the winner of the Independent Spirits Award) and Magic Boy (2007, nominated for the best new director of the Hong Kong Film Awards). In 2009, together with other 6 Asian directors, he released the collaborative film The Moon of which he directed the short Pinwheel. Adam is also a lecturer of the creative media courses at the School of Design, the Hong Kong Polytechnic University and the Lee Shau Kee School of Creativity. He has just finished a TVC for San Miguel beer and a one- unit TV drama We Wanna Buy a Flat for RTHK. 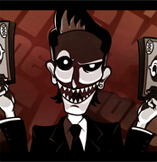 “This is not the end” by Zcratch Production

We are living in a city which is flooded with gambling culture. Stock investment, property investment… Even we know that these investments are fraught of risks, we still cannot stand the failure from these games. Through a relaxed form and animated style to present a story about a man who found his own way to overcame the great failure of his life, no matter how big the difficulties are, if you find a right path, it is not a big deal.