ifva encourages creativity! Over the years, ifva has committed to nurture independence and creativity for the visual media community. In 2010, ifva begins to support projects/works of our alumni, from planning to execution, from production to promotion. Big Blue Lake, directed by ifva past award winner TSANG Tsui-shan, is the first featured film fully supported by ifva and Hong Kong Arts Centre. A film by TSANG Tsui Shan

Set in a realistic world, the film is a story of love, family, and the changes that transpire in people and places. The film borrows the long history of its location to tell a story that is at once realistic and dreamlike. Charting the soul-searching journey of its two protagonists, Cheung Lai-yee (Leila Kong) and Lin Jin (Lawrence Chou), to the Big Blue Lake entrenched in their memories, the film exquisitely and lightheartedly portrays the transience of people and places, while highlighting the permanence of love and family. The two characters have done things they regret, but they finally find the strength to let go of the past and start anew. 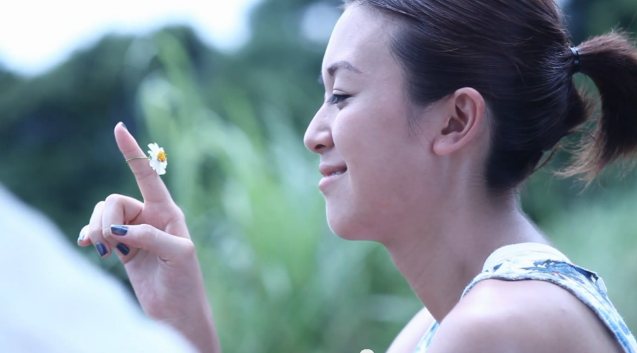 TSANG Tsui Shan, Graduated from the School of Film and TV of the Hong Kong Academy of Performing Arts, TSANG Tsui-Shan majored in sound design in 2001. She later earned a Master of Fine Arts in Media Design and Technology program of the City University of Hong Kong in 2005. Her works have been presented in countries such as Italy, Germany and Poland. Her first narrative short Lonely Planet has won the Silver Award at the Hong Kong Independent Short Film & Video Awards (ifva) in 2004. In 2006, she started to participate in the production of commercial films, such as Lust Caution, The Mummy 3, Strawberry Cliff etc.., working as assistant director, location sound assistant and production co-ordinator. In the meantime, she continued to work on her independent films. She finished her second narrative short Où est la sortie? in 2007, upon a grant awarded by the Alliance Française in Hong Kong. She was invited in 2008 by CHATEAU de PADIES to be the featured artist in France for a month. In the same year, her first feature film Lovers On the Road has won the Best Drama Award of the 8th South Taiwan Film Festival. TSANG Tsui Shan has just completed on her second feature, Big Blue Lake. This film is part of the Tokyo Project Gathering 2010. The Gate of Youth (in development) is her third feature film project.