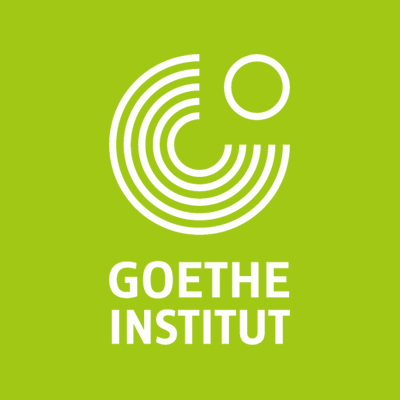 From the 16th ifva onwards, we sponsor the Gold Award winners of the Media Art Category (formly named as Interactive Media Category) to go to Austria and attend Ars Electronica. They can experience the foremost media artworks and have chances to exchange their ideas with oversea artists. (Click here for the past award winners‘ festival report)

The events divided into two parts. The first part was Gerfried Stocker ‘s sharing on the curatorial themes and artistic decision towards the Prix and Festival of Ars Electronica, followed by the networking session.

Ars Electronica made its debut on September 18, 1979. This festival of art, technology and society spotlighted the emerging Digital Revolution. Within a few years, Ars Electronica developed into one of the world’s foremost media art festivals. And its growing success was paralleled by the expansion of its annual lineup of events.

The 2014 Ars Electronica Festival is set for September 4-8. This year’s theme is “C … what it takes to change,” an inquiry into the prerequisites and framework conditions necessary to enable social innovation and renewal to emerge and make an impact. The focus will be on art as catalyst. The in-depth elaborations, lively discussions and bold provocations will feature, as usual, artists, scholars and scientists from all over the world—renowned intellectuals confronted by young contrarians, top experts encountering interested laypersons, the pioneers of the Digital Revolution face to face with the shooting stars of today’s media art scene. From September 4th to 8th, Ars Electronica will once again be a setting for reciprocal exchange and networking, a one-of-a-kind forum in which perspectives and opinions are negotiated and presented in the form of speeches, artistic installations, performances and interventions. It will be taking place at multiple locations throughout the city, in established artistic venues and public spaces alike.

Launched in 1987, the Prix Ars Electronica is the acknowledged arbiter of what’s happening in the international media art scene. Each year, juries composed of top experts single out outstanding work for recognition and honor their creators with Golden Nicas, the “Oscars of media art.”

A Mix of Annual and Biennial Categories

The competition’s eight categories celebrate the vibrant diversity of contemporary media art. Two pairs of categories—Interactive Art and Digital Communities; Hybrid Art and Digital Musics & Sound Art—alternate on a biennial basis. The Computer Animation /Film /VFX, u19 – CREATE YOUR WORLD and [the next Idea] voestalpine Art and Technology Grant competitions are staged annually. The Prix Ars Electronica’s newest category spotlights those personalities whose artistic creativity and bold experimentation have played a key role in the exciting emergence of media culture. These men and women are the visionaries who have not only laid the foundation for media art as we know it today but also made a major impact on our current social reality with all its forms of communication and cultural techniques. Every year now, one of these Visionary Pioneers of Media Art will be honored with a Golden Nica. And the responsibility for nominating and selecting these outstanding individuals has been turned over to a very special jury made up of all those artists who have themselves been Golden Nica recipients since 1987.

The World’s First and Foremost Competition in Media Art

The Prix Ars Electronica is the most important showcase of excellence in digital media at the interface of art, technology and society. The lineup of participants each year is highly diversified, ranging from internationally famous artists (Karlheinz Stockhausen, Lynn Hershman, Toshio Iwai / Ryuichi Sakamoto, Chris Cunningham / Aphex Twin) to Oscar prizewinners (John Lasseter, Chris Landreth) to creative young pathfinders (Graffiti Research Lab). And because the competition is held annually, has international reach, and attracts so many entries, the Prix Archive can today offer detailed insights into the development of media art, into its openness and diversity, and its trends.